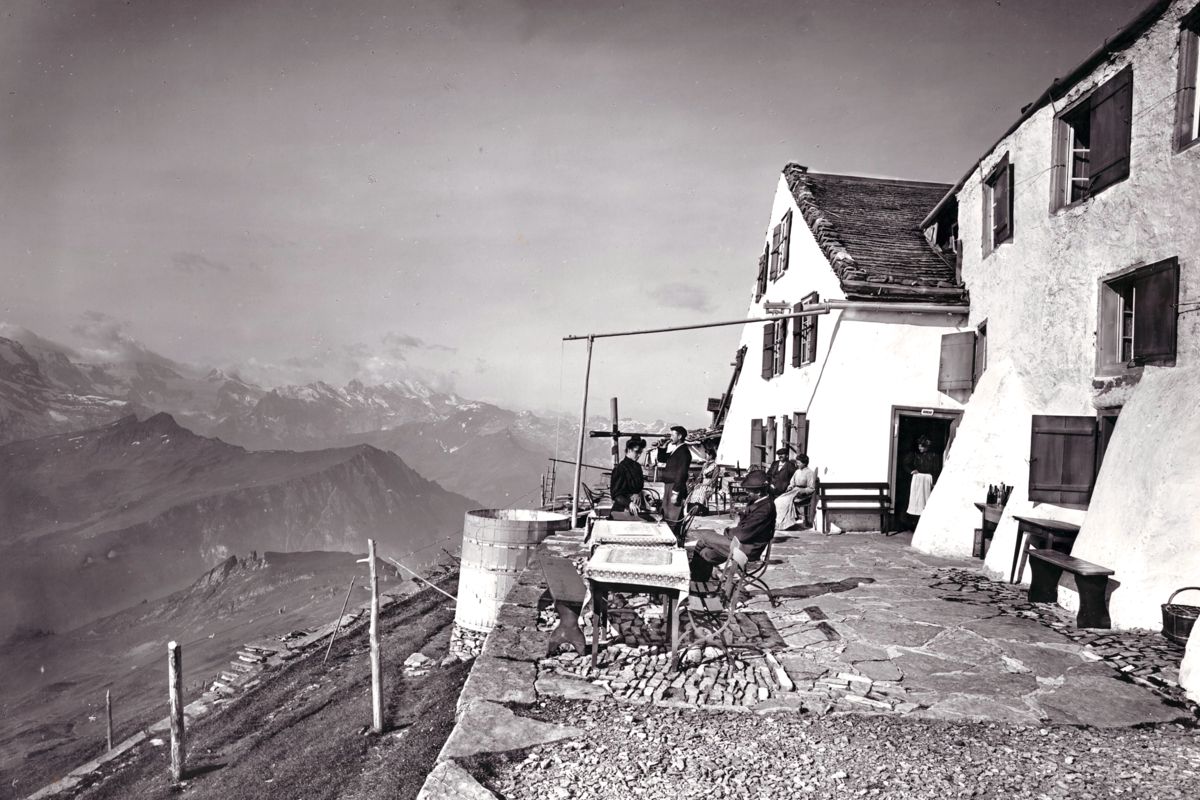 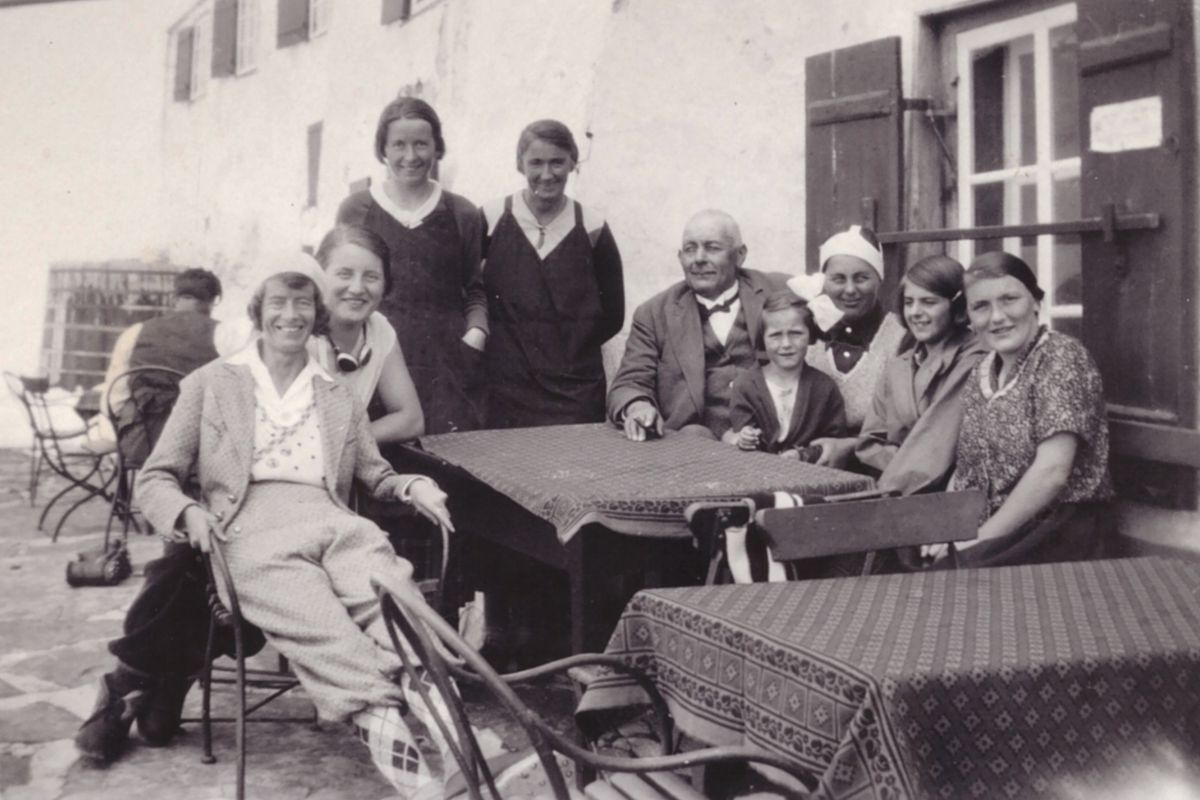 The world-famous Faulhorn in the Bernese Oberland

The famed mountain hotel on the top of the Faulhorn (meaning: crumbly rock) has defied wind and weather largely unchanged since 1830. Its construction was an amazing achievement for its time.

Even though many mountains are within easy reach by train today, the Faulhorn is still a popular excursion destination. Then again, maybe that’s just it: it takes intense physical exertion to reach this unique place. But the effort is richly rewarded: a stunning 360-degree panorama awaits the guest, an unforgettable experience that nature lovers from all over the world want in on. The view northwards extends as far as south-west Germany’s Black Forest and the Vosges mountains of Alsace. When conditions are ideal, you can make out as many as seven Swiss lakes (Brienz, Thun, Lucerne, Zug, Murten, Neuchâtel and Biel). To the south, there rises the impressive glaciated mountain world of the Bernese High Alps, dominated by the famous Eiger, Mönch and Jungfrau triumvirate.

The Faulhorn has been recommended to tourists as an absolute must on their itinerary ever since the earliest years of mountain tourism. But what would a stay at the 2681 metre high summit be without the splendid play of colours of a sunrise or sunset? The mountain hotel offers the option of spending the night in nostalgic rooms or in the dormitory.

Faulhorn Mountain Hotel is one of the oldest mountain hotels in the Alps built specifically for tourism. Not counting the pass hospices, only two mountain hotels in Switzerland are older: the hotel on Rigi-Kulm (1816) and the Kurhaus on the Weissenstein (1826/27). The oldest alpine accommodation in the Bernese Oberland is the Stieregghütte, built in 1823 (rebuilt in 2006 as Berghaus Bäregg) on the Lower Grindelwald glacier.

Where does the name Faulhorn come from?

The mountain gets its name from the crumbly (“faul”) black limestone shale, and “horn” meaning “peak”. In Switzerland, several other mountains are named after this type of stone, such as Faulenberg, Faulenfluh or Faulen.

The history of Faulhorn Mountain Hotel

Construction of the mountain hotel by Samuel Blatter, landlord from Unterseen

Fritz Bohren, “Pinte Fritz” from Grindelwald
During this time, Hotel Bellevue in Grindelwald, nicknamed “Pinte”, and the Faulhorn were jointly run by the Bohren family.

First telephone on Faulhorn with the number 14.

Construction of the dormitory

Klara Mangott-Almer takes over running the business with her husband Sepp and daughter Ursula in the 2nd generation.

Conversion of the outbuilding into a new restaurant with kitchen.

Construction of the wind turbine to provide electricity for lighting. Unfortunately the turbine was repeatedly struck by lightning and was taken down after a few years.

Transport by mule is completely replaced by the helicopter.

Ursula Garbani-Mangott takes over the running of the hotel with her husband Claudio and son Christian in the 3rd generation.

Christian Garbani and his wife Nina are the 4th generation to manage the hotel.